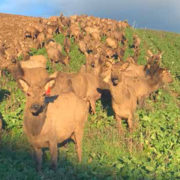 “The older you get, the less you know”

Tagine of venison
Scroll to top